Welcome to Iriness, home of Ashtanga Vinyasa yoga and wellbeing in the charming West Sussex town of Horsham. If you’re wondering about the origins of the word Iriness, we’ll gladly unveil the secret:

The name was devised by Patrick, the husband of our founder and yoga teacher Irina Pashkevich Bourdier.

Victoria House, the home of Iriness, was envisioned and built by Irina and Patrick in 2016-2017. The studio was created for yoga and holistic wellbeing. Benefiting from a wooden floor, underfloor heating, and air-conditioning, it provides a cozy atmosphere, full of light and warmth. We’re so happy to welcome you to our intimate space for “peaceful miracles”.

We offer empowering tools to nurture all aspects of your being. Our vision is to help you find your personal holistic balance through the practice of Patanjali’s Ashtanga yoga, including Ashtanga Vinyasa yoga, kriya, pranayama (breathing), meditation and philosophy, as well as other therapies, such as clinical reflexology, cognitive hypnotherapy, massage, psychotherapy, physiotherapy, etc.

At the heart of Iriness is yoga. Yoga has brought Irina so much wellbeing, happiness, and balance, that she decided to leave her corporate career and build a dedicated studio to spread the miracles of yoga and wellbeing. Irina is an accredited Senior Yoga Teacher and Teachers’ Trainer Pro with Yoga Alliance Professionals UK and alongside daily classes, she offers CPD courses for yoga teachers and teacher trainees. 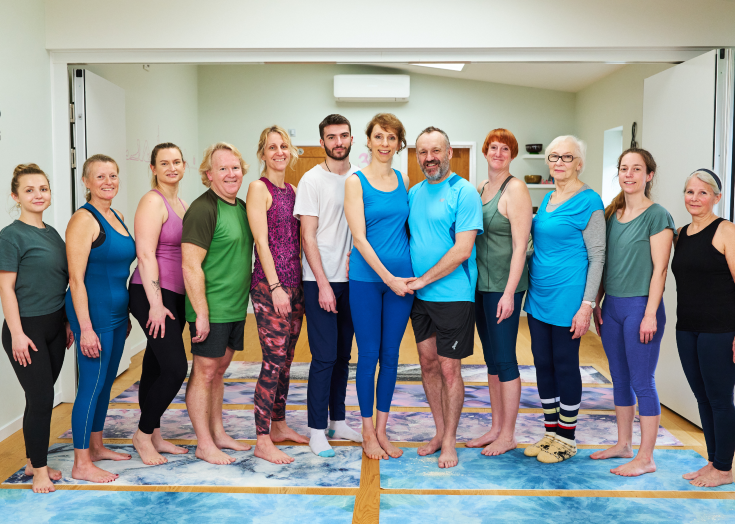 We’re open seven days a week and provide teacher-led and teacher-assisted self-practice (Mysore) classes, both for those new to yoga and for experienced practitioners and teachers. We also hold yoga beginners classes and courses, and pranayama and yogic meditation classes and courses. Iriness is an accredited Yoga School with Yoga Alliance Professionals and as such offers workshops and CPD courses for yoga teachers and teacher trainees.

We look forward to welcoming you to Iriness Yoga at Victoria House – for yoga, therapies or just a cup of tea! To find directions to Iriness, please check our Contact page. 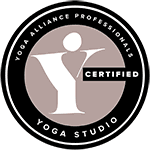 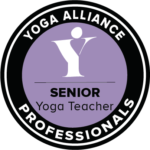 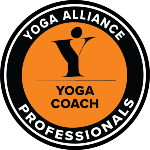 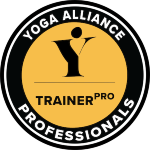 “Yoga is a journey into my own mind, body and heart and through it, into the heart of all.” – Irina Pashkevich Bourdier

My life began in Moscow – a harsh, cold, beautiful and deeply cultured place. Enchanted by music and literature, I graduated from the musical academy as a Piano major and gained a Bachelor’s and Master’s degree in Russian Philology and Literature.

In the late 80s, Russia was moving at the speed of light and I felt like Marco Polo, going with the winds of change. I found a job in a British commodity trading firm in Moscow and a few years later was managing their global operations in Russia. In 2002 I obtained an MBA degree from Oxfordshire’s Henley Management College. England, its literature, language, culture and gentle magnitude, had captivated my mind since childhood and it was an amazing experience to study and work here in my twenties.

Life planned more substantial changes for me and I “landed” in Israel, where I spent 15 years working in international high-tech corporations as a marketing and operations director. Israel was welcoming, vigorous, inspirational, and mostly filled with the love and care of many friends, who became my family.

I discovered yoga in 1998 and ever since then, its practice, philosophy and anatomy have inspired all aspects of my life. My first teacher training began in 2006 with Shimon Ben-Avi, yoga philosopher and mentor. In 2008 I earned the 600-hour teaching certificate of the Israeli Yoga Teachers’ Association and started teaching in my sitting room, with a small group of dedicated yoga students and friends. I also worked as an assistant teacher on Shimon’s teacher training courses for two more years (additional 600-hour teaching certification).

In 2007 I started studying Ashtanga Vinyasa yoga with John Scott and Lucy Crawford, completing their teacher training in 2009 in New Zealand. Since then, John Scott has been my insightful Ashtanga vinyasa yoga teacher.

Since 2009 I have been continuously studying yoga anatomy with David Keil of Yoganatomy, researching our amazing “vehicle”.

Since 2018 I have been studying with Gregor Maehle and Monica Gauci, inspired by their teachings of Patanjali’s Ashtanga yoga. They have certified me as their teacher in 2021 and I am honoured to be a part of their teachers’ community. 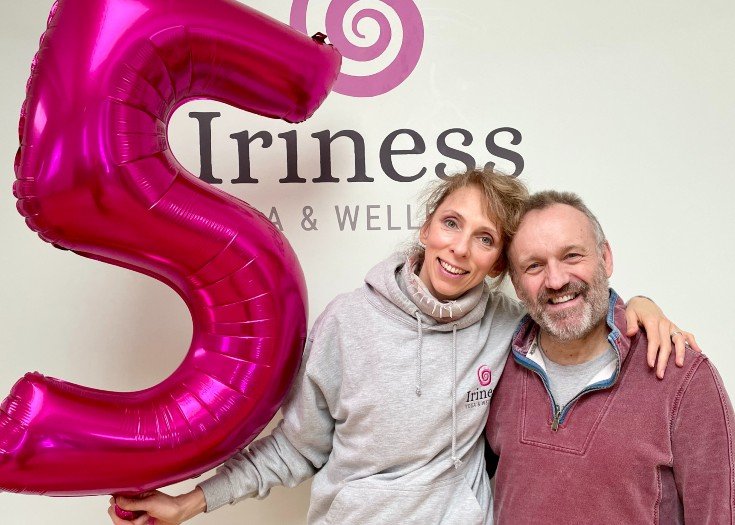 Yoga Alliance Professionals UK recognises me as a Senior Yoga Teacher and Teachers’ Trainer Pro. In this capacity I am offering CPDs for yoga teachers and trainees on Ashtanga vinyasa yoga, Kriya, Pranayama & Yogic Meditation.

In 2012, at an altitude of 2000 metres, I was struck by love, which led me to Horsham. My teacher Shimon told me once that life was not a draft that can be erased and redrafted… our work is to commit fully and live every breath of life with utter dedication to what and who we choose. This is what I am and how my mind works. I was fortunate to finally find a partner in my husband Patrick, who has the same understanding of love, commitment and togetherness.

In 2015, during a retreat at EcoYoga, the winds of the Scottish Highlands made me realise that I could no longer keep yoga as a marginal part of my life. So, I bought an old building near our home, demolished it and gave it a new life, a new purpose. This is now Victoria House, the home of Iriness Yoga & Wellbeing. We have built it for the local community to learn the wonders of yoga and wellbeing. I feel so lucky and happy to be able to offer this space of love, joy and holistic health.

I left my corporate career behind in the summer of 2017 and I’m now fully devoted to sharing wellness and balance with the tools of yoga.

I hope to meet you soon so that we can share many joyful experiences together. Please get in touch if you have any questions.

Ashtanga Vinyasa yoga is a therapeutic method entailing synchronicity of mental focus, breath and movement (Tristana) in a progressive series of postures. It is designed to increase mobility, strengthen all body structures, pacify the mind and improve overall wellness, spreading joy within and without. The ultimate goal of yoga is self-awareness and self-realisation, for which ample tools are provided.

Ashtanga Vinyasa yoga is a teacher-assisted counted self-practice (Mysore-style), where small groups of students meet to practise various yoga sequences at their own pace, counting each breath and movement. Students share the same space and are being assisted by the teacher on a one-to-one basis. This method develops independence, discipline and creativity. We’re here to help you be the master of your own practice, whether you’re a novice or an experienced yogi.

Ashtanga Vinyasa yoga benefits every gender and age. Its range of postural sequences, breathing, relaxation, and concentration practices is highly diverse and can be tailored to every person and every life situation. Ashtanga has the potential of being both a very physical and a very gentle dance-like practice. It is in the minds of the practitioners to create their own style. 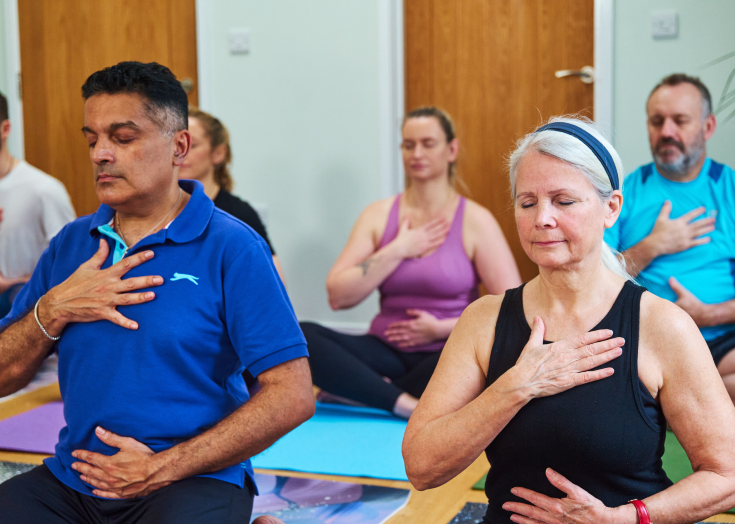 Our goal at Iriness is to help you find your own “signature”, develop it, enjoy it and blossom with it. We aim to pass on the original teachings, where connection between the student and the teacher is instrumental for personal growth. That’s why we practise in small groups, where every student is given the teacher’s personal attention, helping at every step of the way to build mental and physical stamina, flexibility, independence and insight.

“I have been practising with Irina for more than 3 years now. Everyone in the classes loves Irina, as she is so kind and such an amazing teacher. I have learnt more about yoga with Irina than in any other yoga setting. She is patient and teaches you to explore different aspects of yoga for yourself and it is amazing. She also knows huge amounts about anatomy and safe positioning, and as I have back issues, I would not go anywhere I couldn’t trust regarding safe practice. Irina also teaches tons of helpful skills for healthy breathing, which really helps in every day life. If you are thinking of trying it – just come to Iriness. I am SO glad I did!” – Julie, Horsham

Want to stay in touch?