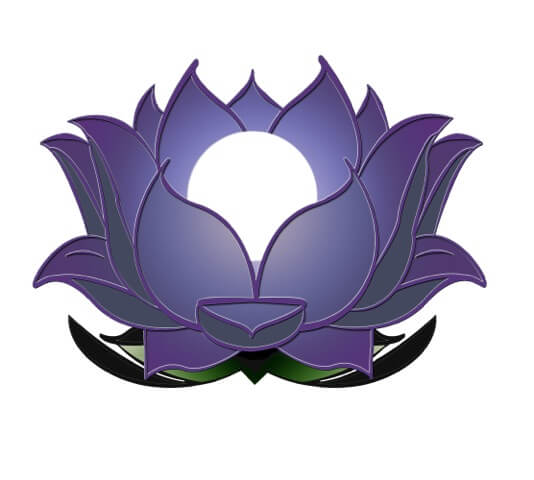 The collective opening of the heart chakra will lead us to a humanity living life guided by love. The Vishuddha chakra will take us even far beyond the heart chakra. Any chakra is truly understood only once it opens. A reptile (Muladhara) cannot understand the complex emotions and considerations of a mammal (Svadhishthana), just as a first-chakra person looks at a second-chakra person as an alien. Exactly the same happens at every single step of chakra evolution. The Manipura person is mainly interested in power and profit, and cannot see the advantage in giving without return and evolving further.

The Vishuddha enables the individual and humanity to live in harmony with divine law. This chakra gives one knowledge of the sacred laws according to which creation unfolds. Upon evolving to this chakra one realises that there is a clear master plan according to which everything is happening. At the level of this chakra, the meaning and purpose of everything is understood. Vishuddha means ‘of greatest purity’. This is the first chakra where one gets a view that is entirely impersonal, not sullied by ego.

The Vishuddha is the first sattvic chakra. This means that here there is none of the torpidity of our lower urges, nor is there the mental frenzy of achievement. There is only the luminous calmness of purified intelligence and wisdom. Vishuddha is the microcosmic representation of the element space or ether. Space is not an element in the way air, fire, water and earth are elements: its more subtle. But without it, none of the other four elements could not display themselves, which is why it is more fundamental than the others.

The sense associated with Vishuddha is sound (shabda), but shabda means much more than what we understand by the term sound, which needs air or a similar medium in which to travel. Shabda, however, is the sum total of all vibratory patterns, including the vibratory speed of quasars, black holes, supernovas, galaxies, elementary particles, molecules, quarks, photons. These patterns have one thing in common: they need space to arise, but they go far beyond air.

While the Manipura’s function is assimilative and the Anahata’s is relative, the Vishuddha is legislative: it opens us to divine law. If, however, your Vishuddha is open and some of the lower chakras closed, you may become a visionary who dies ignored and misunderstood (like Bach and Van Gogh).

Patanjali addresses the purification of Vishuddha through ethical guidelines: satya (truthfulness) and svadhyaya (study of sacred scriptures). Vishuddha is the centre that is responsible for our expression and language patterns.

This chakra can be opened through prayer, meditation and other methods, but an efficient and organic method to do so is through the chakra meditation (HAM and smoky purple lotus) combined with yogic breathing.