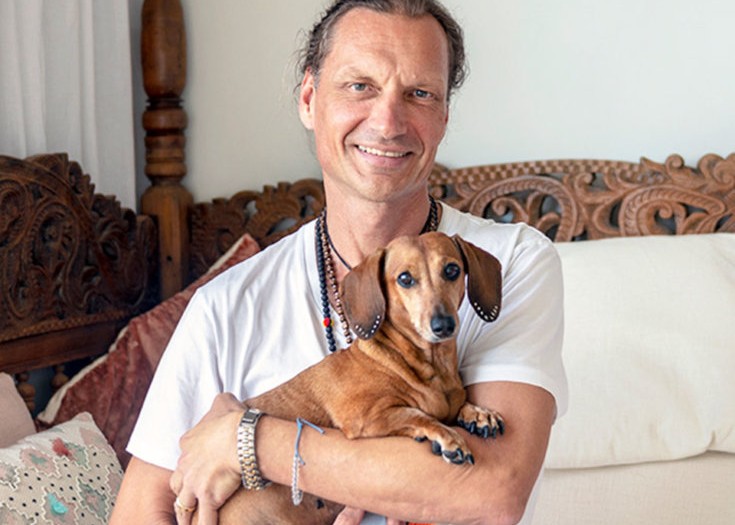 In this workshop Gregor Maehle explores whether psychoactive substances can be useful supplements, shortcuts or accelerators of spiritual evolution. Beyond a simplistic answer of yes/no and good/bad, Gregor draws on his extensive research, as well as his personal experimentation with mind-altering plant agents and substances during the late 70’s and early 80’s. His aim is to objectively describe how drugs influence each respective chakra, including their potential usefulness versus spiritual setbacks and dangers.

You will learn about the chakras as evolutionary brain circuitry and how the natural evolution of life, via single-cell organisms, reptiles, mammals and humans, came about through chakra activation. Gregor will also teach meditation techniques designed to activate the various chakras. With long-term spiritual practice we can not only safely and effectively arrive at the same states accessible through psychedelics, but they can also be used to integrate both negative and positive drug experiences.

In this workshop you will also learn how natural and spiritual evolution are interlinked and how experiences of divine revelation, cosmic consciousness and shamanistic trances are connected.

Objectives of the session

Gregor is an internationally renowned yoga teacher and author, dedicated to codifying and personally ‘road-testing’ the traditional yoga practices for our benefit and for the benefit of mankind. Gregor is offering an authentic yogic insight, that is in real danger of being lost, as yoga becomes more and more commercialised.

Gregor began his yogic practices forty years ago. In the mid-1980s he commenced annual travels to India, where he studied with various yogic and tantric masters, traditional Indian sadhus and ascetics.

Gregor was authorised to teach Ashtanga vinyasa yoga by K. Pattabhi Jois. Since then he has branched out into researching the anatomical alignment of postures and the higher limbs of yoga. He gained his anatomical knowledge through a Health Practitioner degree and has also studied History, Philosophy and Comparative Religion at various universities.

Gregor studied scripture and the higher limbs of Yoga with B.N.S. Iyengar, a student of T. Krishnamacharya, and Sanskrit under Professor Narayanachar and Dr. Chandrasekhar. He lived for several years as a recluse, studying Sanskrit, yogic scripture, and practising yogic techniques. Together with his wife, Monica Gauci, in 1996 he founded ‘8 Limbs’ in Perth, Australia.

Gregor’s books have sold more than 100,000 copies worldwide and have been translated into seven foreign languages so far. Further volumes are in progress. Gregor Maehle has been teaching in many countries, interviewed by numerous yoga magazines and podcasts.

Today Gregor teaches an anatomically sophisticated interpretation of traditional vinyasa yoga, integrated into the practice of the higher limbs of yoga in the spirit of Patanjali and T. Krishnamacharya. His zany sense of humour, his manifold personal experiences, and his vast and deep knowledge of scripture, Indian philosophies and yogic techniques – combine to make his teachings applicable, relevant and easily accessible to all his students.

£58. After paying, you’ll receive the link to the recording, which will be available for  30 days.